Third-quarter sales are just the beginning of what will be a five-year upgrade cycle to 802.11ac while new players disrupt the market, research firm predicts. 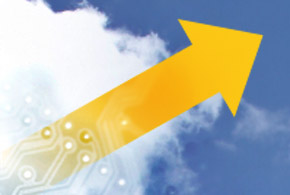 Dell’Oro notes that the third quarter was the first full quarter of 802.11ac shipments, the next-generation technology succeeding the 802.11n standard for enterprise and outdoor WLANs.

“When you have a new product entering the market, typically there is pent-up demand for the device,” Chris DePuy, vice president of wireless LAN research at Dell’Oro, said in an interview. “This is the beginning of what we expect to be a five-year upgrade cycle to this new higher speed feature.”

In other words, networking equipment buyers are just like consumers who wait until the next Apple iPhone comes out and rush out to buy the new model. DePuy expects that the WLAN market will finish 2013 with a revenue growth rate “in the low teens.”

He said 802.11ac equipment is expected to sell well given that it enables use of the 5 GHz spectrum, which offers seven times more spectrum than from the 802.11n standard. The 802.11ac equipment shipping now is called “Wave 1” of the new standard. “Wave 2” 802.11ac will begin shipping in the next year or two.

Wave 2 differs from Wave 1, DePuy said, because it adds multi-user multiple-input-multiple-output (MU-MIMO) technology. MU-MIMO allows the WLAN system to share frequency such that multiple endpoint devices — smartphones, tablets and the like — can share the same frequency and deliver throughputs as great as three times faster than what’s available with Wave 1, he said.

The Dell’Oro numbers also illustrate the continuing evolution of the competitive landscape in networking as market leader Cisco continues to face pressure from newer companies such as Ubiquiti Networks.

Dell’Oro identified Cisco, Ubiquiti and Ruckus Wireless, all based in the Silicon Valley, as the fastest growing WLAN vendors in the third quarter. Ubiquiti, described by Dell’Oro as a “relative newcomer,” has recently experienced “explosive growth,” DePuy said.

Ubiquiti has been a disruptor in the market with its go-to-market strategy, he added. Cisco, Aruba and others use value-added resellers (VARs) and distributors, but Ubiquiti does not have a sales force. Instead, it works through resellers that historically have been associated with service providers to build out their wireless ISP networks.

Figuring out exactly who’s buying these [Ubiquiti] products is a challenge,” DePuy said. “Tracking where those products go is difficult for the company and for its competitors to figure that out.” He surmises, though, that Ubiquiti is selling a lot into the small-to-medium business (SMB) market.

Ubiquiti did not respond to a request for comment, but its CEO, Robert Pera, explained his business model in a June 17 blog post.

Because a company like Cisco is so big, the selling process involves a crowd of sales, marketing, multi-tiered distribution channels, system integrators, and other players, he wrote: “Whether they know it or not, customers have been largely paying for a set of ‘relationships’ that have nothing to do with technology value of the product they are paying money for. They are essentially getting ripped off.”