In a previous post, Tanaza announced its participation in the Wi-Fi NOW Europe expo and conference hosted in Berlin, Germany where our CEO Sebastiano Bertani would speak on the conference’s main stage in a session titled “Unbundling Wi-Fi hardware and software “.

On November 6th, Sebastiano Bertani’s session took place. The session was attended and praised by many, including Wi-Fi NOW’s renowned CEO & Chairman, Claus Hetting, who defined his speech “interesting and provocative”.

If you would like to listen to Sebastiano Bertani’s session, we can send you a recording of it at a later date. If you are interested, please write us to marketing@tanaza.com.

On October 15th,  it was announced that Tanaza was shortlisted as a nominee in 3 different categories (Best WiFi Startup, Best Enterprise Wi-Fi Solution and Best Service Provider Wi-Fi Solution) of the 2018 version of the Wi-Fi NOW Awards. Tanaza won in 2 of the 3 categories in which it was a nominee. 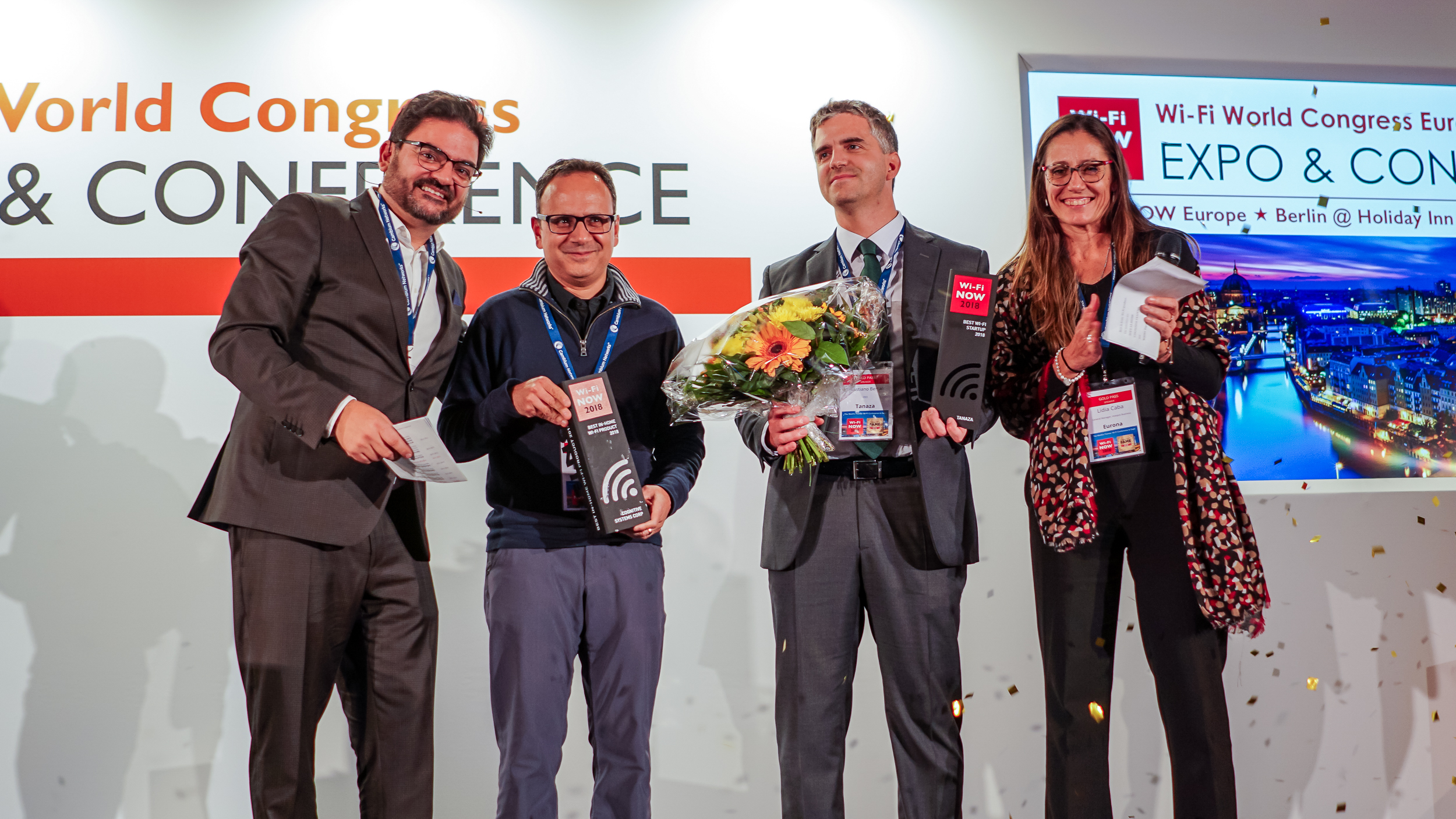 Wi-Fi NOW is the only expo and conference in the world dedicated to Wi-Fi.

Every year, expert speakers in the field of WiFi showcase their skills and share their expertise with event attendees. At the end of each day of the conference, the winners of the WiFi NOW awards are announced.

The winners consist of a select number of companies considered the world’s best in WiFi.

This year there were 8 different WiFi NOW award categories.

To ensure fair judging takes place, the Wi-Fi NOW awards process involves a panel of appointed judges, completely independent from the Wi-Fi NOW team or any of the shortlisted nominees.

Schedule a free demo of Tanaza