With Tanaza 2.3.0, we just introduced an improved version of the Captive Portal.

In the picture below you can see the configuration for a location (NYC Store) with multiple APs and a unique NASID: the Facebook-based Splash Page will push to the RADIUS server both the APID, different per each AP located in the NYC_STORE network, and the NASID Location07_NYC_store. All the APs of the NYC Store will push the same NASID, while the APs of other locations will be identified by a different NASID. 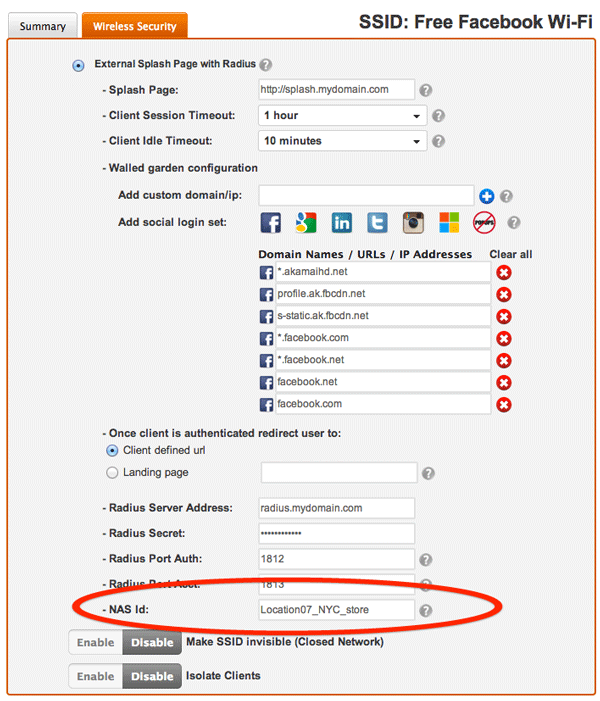 It’s important to point out that the NASID has been traditionally used to identify the gateway performing the Captive Portal functionality: according to the centralized paradigm there are multiple APs configured in BRIDGING and one single GATEWAY with Captive Portal feature, i.e. the ability to filter clients and whitelist them only if authenticated.

This paradigm has been changed by moving the same functionality at the AP level: Tanaza performs the Captive Portal filtering within the AP, so it’s possible to use a normal affordable switch instead of a gateway. This change in paradigm made important to be able to identify the network as a whole, and this can now be done thanks to the NASID, which is a net-wide setting according to this new architecture.